This series of articles presented are a combination and mixture of the consequences that have resulted from the natural disasters and human disasters that have ultimately affected waterway management and transportation. All papers deal with the tragedy of the Chinese government valuing the immediate good of the country over the well-being of their citizens who were often hurt or displaced by government water management projects. Three of these papers are united by the evidence that the government chose to ignore the well being of the people living around the surrounding environment of these water management projects.

The two most prominent recurring themes between a majority of these articles is the destruction of the natural environment and the displacement of populations living along the banks of the rivers. A perfect example and first article topic is the Grand Canal. This waterway project served as the main transportation channel until the Qing Dynasty. 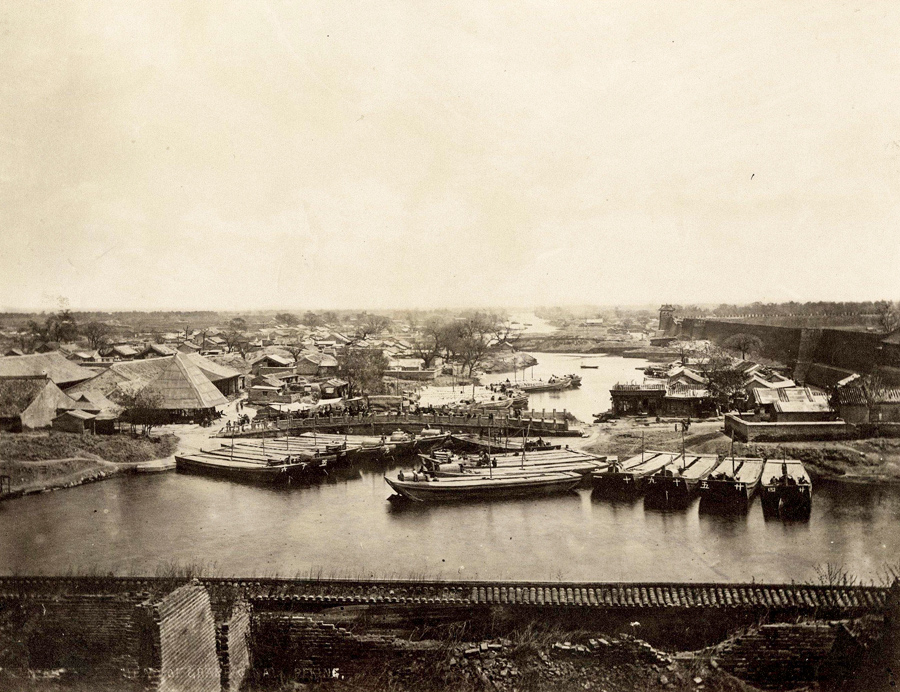 During the Qing Dynasty from 1644 to 1912, the hydraulic challengers in the maintenance of the Grand Canal, improper governance, the corruption in the watercourse administration system and some domestic turbulence are all causes of the Grand Canal’s downfall. The fate of the canal was closely related to the political climate and to the degree of attention, demand and utilization from the government and the common people. The lack of attention of the government displayed toward their citizens well being is what links this waterway system to the overarching theme.

Similarly, when Chinese Nationalists breached the dike of the Yellow River at Huayuanko in 1938 to slow the invasion of the Japanese, the impact of the breach caused major environmental and social consequences. The destruction of the dike deposited silt over farmlands, making them unsuitable for farming anymore. The Yellow River also split into several different individual channels, making it almost impossible to redirect the river into its original path. There was so much water, the individual waterway channels were flooded with more water than they could accommodate. As a result, the waterways flooded, decimating roughly 91% of villages in Fugou country in eastern Henan. These are just some of the ways that the government’s decisions to breach the dike of the Yellow River had adverse effects on the environment and its people.

The topic of the third article is the Three Gorges Dam for which construction began in December, 1994.  The success of this government funded project has been a topic of debate. The Chinese government saw the creation of the dam as a way to produce electric power and prove China is a nation capable of engineering great feats. However, the people living along the banks of the Yangzi near the construction site would argue this project was not a success as it displaced and destroyed their homeland. Throughout the construction of this project, people lost their homes and historical sites. Additionally, the building of the dam continued to pollute the river these people heavily relied on for their daily livelihood. 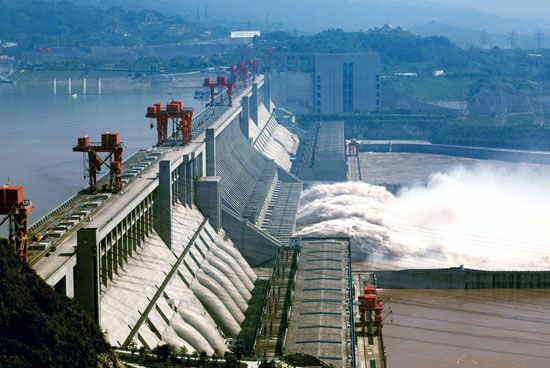 Contrastingly, unlike the other three topics, the Dujiangyan Irrigation System, which was first constructed in 256 BC, did not displace the inhabitants living along the banks of the river, nor did it destruct a large portion of the environment around the system. 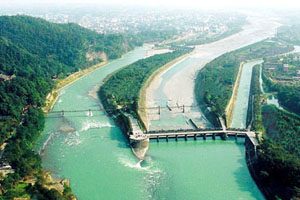 The DIS did not remove populations from their homes as it was built at the top of the Minjiang River where the bottom of the mountains and the river meet. Although the upper Yangtze River did flood, causing havoc on civilians, the building of the irrigation system itself did not displace anyone. Lastly, the only destruction to the natural environment was when engineers and architects of the project decided to create an inner and outer river.

Through all our papers, we are attempting to show the effects on Chinese citizens of their government’s decisions to create large water management projects. More specifically, we are attempting to show the consequences through the lenses of destruction to the natural environment surrounding these projects and events as well as the adverse effects they have had on people living by these projects. Finally, we are aiming to provide the audience with a comparison between projects that have destroyed land and lives around their systems and a project that did not.