China, Population and the Environment 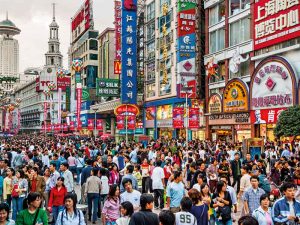 For centuries, China was once among the most biologically rich and diverse regions on the planet. Nonetheless, today China grapples with the continued loss or threatening of native species. This history would be incomplete without also acknowledging that much of the environmental challenges China faces today are a direct result of said human interference and manipulation of the environment.

Why So Much Growth?

Most scholars have explained the acceleration in population growth in terms of increased food supply. According to their view, forces of production, especially soil and agricultural techniques, determined China’s population growth. Additionally, the implementation of New World crops like peanuts, sweet potatoes, and potatoes, also helped to sustain the people during shortages of harvest for crops such as rice or wheat.

The rise of the Chinese population during the Qing dynasty became a fundamental problem during the period. A large population was once a great sign of prosperity because of the man power, and labor that population came to represent.  Nonetheless, the immense population growth during this period, proved to be burdensome for the state. By the mid-nineteenth century China’s population reached 450 million or more, more than three times the level in 1500. The inevitable results were land shortages, famine, and an increasingly impoverished rural population. These consequences also contributed to an increased manipulation of the environment.

As the population continues to grow, areas under cultivation consistently intensify, resulting in reduction of forests and grasslands, for food, infrastructure and other consumer goods. Illegal logging and slash and burn agriculture consume up to 5,000 square kilometers of virgin forest every year. In northern and central China forest cover has been reduced by half in the last two decades. Further, the intensification of agriculture in turn leads to an increase in the use of fertilizers, pesticides, and more contamination of water from nutrient and chemical runoff into rivers, lakes and oceans

The early decades of the newly developed People’s Republic of China saw the government engage in careless destruction of the environment for the sake of the government’s efforts to rapidly industrialize. Since 2000, China has emerged as the main processing hub for the world’s forest sector and is the largest consumer and importer of wood-based products. This creates a larger demand for other resources such as water, electricity, heating, air conditioning etc. and cause direct damage to air and water through release of untreated pollutants

A study conducted by researcher Justin Zackey on Social Discontent and Environmental Mismanagement examined the causes of deforestation in southwest China on the basis of listening to peasants’ own descriptions of their role in the illegal timber cutting.  During his interviews, one of the main questions Zackey asked his participants was “Why are people cutting the trees?”. The universal answer was the wen boa problem— literally the problem of “having enough food and keeping warm”. Peasants explained that they had been experiencing the wen boa problem for a variety of reasons, the main one being a short growing season that prevented double-cropping.

In addition to this, peasants also resorted to cutting trees for profit in order to pay for things like healthcare and education for their families. Nevertheless, Zackey hypothesized that although the reasons peasants gave for participating in the illegal timber cutting business were valid, cutting timber was however utilized not as last resort measures, but simply as a means to earn extra profit. Peasants revealed that although poverty provoked many households to cut timber to supplement household incomes, most households’ engagement in illegal timber cutting was connected to their general discontent about their economic and social place in post reform China.

Ultimately, the sustainment of a large growing population requires the transformation of vast amounts of landscapes and resources. This can be seen as the case regarding China’s relationship with its environment. Today the People’s Republic of China contains one fifth of the total global population. The population has exerted pressure on its environment of which the main effects has been deforestation, erosion, loss of plant and wild life, and the use of fragile arable land for agriculture cultivation. Nonetheless, China’s population alone cannot be seen as wholly responsible for the degradation of the environment. The government’s policy towards the environment conservation efforts has not always benefited the conservation of the environment.

Ultimately, the history of population growth and the environment in China details a clear portrait of the interdependent relationship between humanity and the earth.  At times that relationship has been exploitative as the history of environmental issues in China has demonstrated. Nonetheless, I think more than anything this history should compel us to continue to strive to make amends, in order to heal our environments to whatever capacity we can , before it is too late. 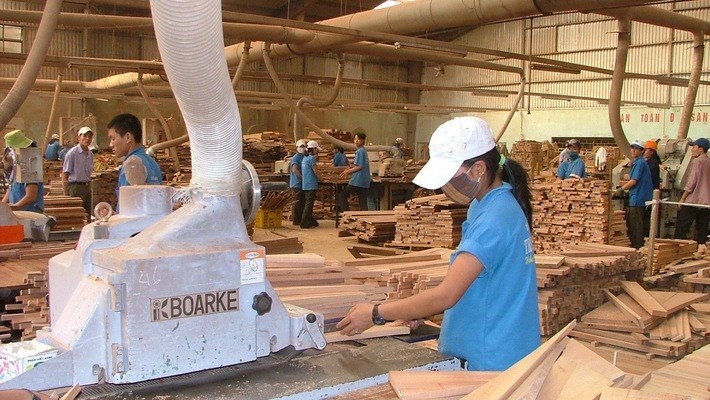 For more information visit this link , to learn more about this issue.