INTRODUCTION: WHAT IS FOOD SAFETY ?

Food safety is the term used to describe the practices involved in each step of the process from growing ingredients used in foods to distributing and consuming them. Each element of food safety involves one of the steps from getting food from the farm to the table, how those individuals who are involved handle the food, and, of course, how the cook prepares that food to be eaten. Food safety is the method that is used to prevent food borne illnesses that can occur from improperly handling, storing, growing, transporting, etc. food.

THE HISTORY OF FOOD SAFETY IN CHINA

Food safety is an issue that must be discussed and implemented in every country to a certain extent, but not all countries take it as seriously as they should. In fact, not long ago China was rated as the second worst country in terms of food safety precautions and resulting food borne illness that affected Chinese citizens and those ingesting the exported products.

Every year, tens of thousands of people in China seek medical care for these food borne illnesses and hundreds of them die from complications of these preventable sicknesses, such as dehydration or kidney failure.  Most situations result in gastrointestinal pain, vomiting, diarrhea, and dehydration that can subside or be treated before serious or life-threatening danger becomes a concern.

The problem of food borne illness and improper food handling leading to death and sickness used to be much worse both before food safety laws were put in place in 1965 and even the following decades. In fact, China has learned from a history full of negative consequences due to these food safety mistakes that caused them to lose a great deal of trust for those that they exported goods to and their own citizens as well. In the past, China was known for having high incidences of food borne illness due to improper practices to the extent that citizens were relying solely on imported goods in fear of getting sick from domestic crops and domestically-processed products. 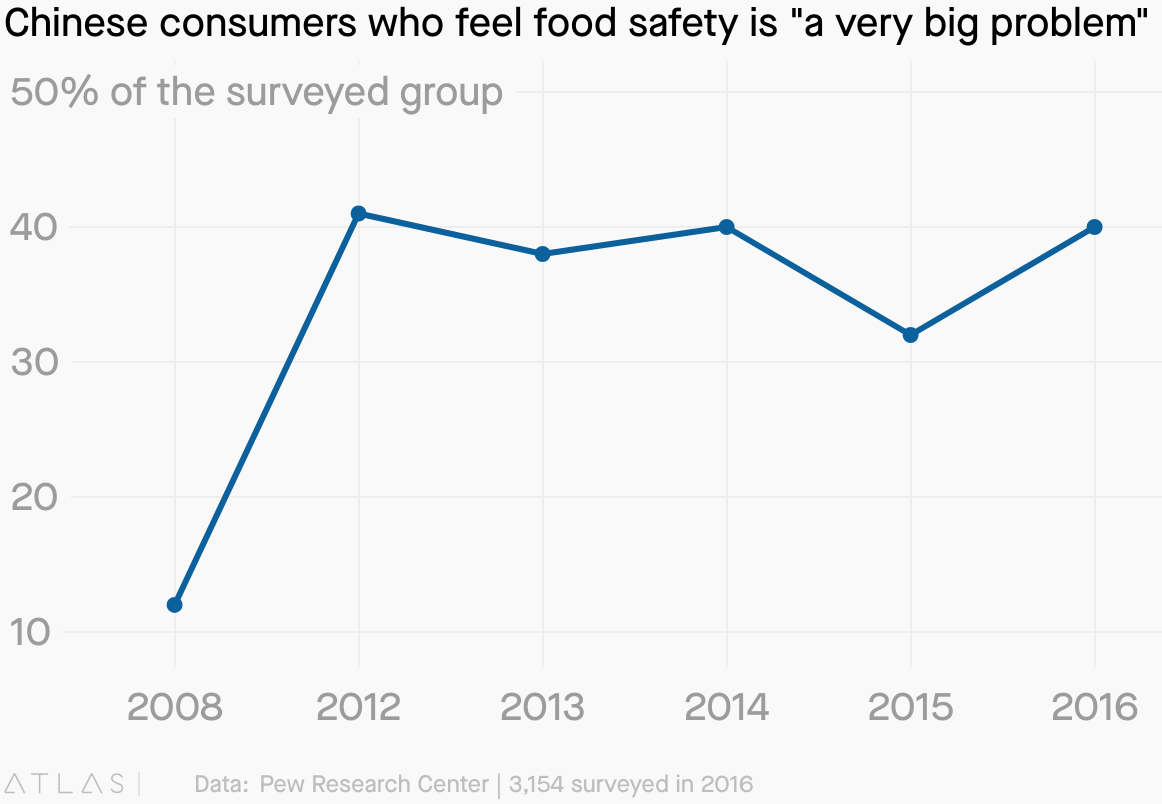 One of the large concerns in the past has been baby formula, which is a product that over eighty-percent of parents purchase from foreign countries after over three-hundred-thousand babies were ill and several were dead due to food safety mistakes. The specific food safety regulations that failed and allowed for this terrible tragedy to occur was sufficient testing processes. China tests its baby formula for the quality of the milk compounds and the safety of the dairy that it contains but had not previously tested these products for any extraneous harmful chemicals.

In other words, the testing that was performed looked for issues that were common and suspected in this type of product only.  If there had been more extensive testing processes, it is very likely that this would have never happened.  This issue was not detected before babies began reporting to the hospital and pediatricians with kidney stones, which had previously been very rare to see in such young children. A state of emergency was declared in China for the hundreds of thousands of ill babies and the several that had passed away, the cause of melamine–a chemical used in plastic production–was revealed.

The way in which melamine had worked its way into the baby formula and made all of these children sick was unknown until a closer look was taken at the production sites.It quickly became clear that the melamine contamination occurred due to a combination of faults from the farmers, the milk collection stations, and the production companies releasing the formula. The reaction from the health bureau and food safety organizations was incredibly proactive, as baby formula became the focus of the strictest regulations and quality standards before being put on the shelves for purchase.

The farming and milk collection stations were all subject to strict regulations that were not left up to chance and the industries producing the formula now have much more comprehensive testing requirements. Despite these preventative efforts, citizens’ purchasing of local goods and, especially, baby formula plummeted and this confidence has still not returned presently.

In addition to this example, the vulnerable population of pregnant women and their unborn children were also exposed to food borne illness–listeria. Listeria is something that can be found very frequently in commonly-consumed foods such as lunch meat or lettuce, but it typically would not have a negative impact on the person ingesting it. However, pregnant women must be especially careful to steer clear of listeria because it is known to cause severe harm or even death to unborn children.Due to improper food safety protocol in China, many pregnant women ingested food items with listeria and were faced with the reality that their unborn children could die or be born with serious health problems as a result.These are simply two tragic examples of how China’s poor history preventing food borne illness had a devastating effect on the most vulnerable and innocent population–unborn babies and young children.

The way in which China has worked to correct these infamous food safety tragedies , is to create strict guidelines and practices for food distributors, manufacturers, gatherers, and exporters. The most impressive program that has been put in place to help increase the quality of domestically-grown products is the surveillance program. For over 20 years, China has required a surveillance program to monitor all public food safety processes from a microbiological level. 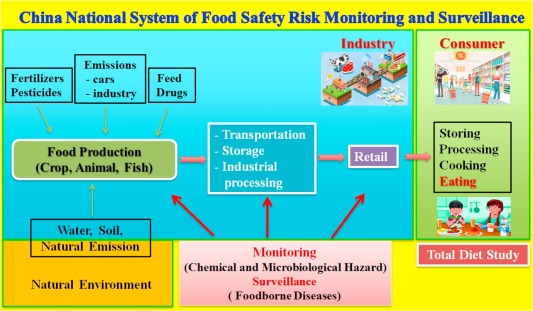 there are over ten different institutions handling food safety concerns, which poses a huge complication for anyone hoping to communicate with the authority of food safety in China to make a change, submit a complaint, or simply gather information.  This is problematic because the responsibilities to handle a food safety problem in China overlaps between several or even all of these departments.

The second problem that needs improvement in China’s food safety policy is one that has actually grown over the years. In recent decades, China is certainly a huge source of exports of nearly all kinds of products–food products being one of them. While the land’s natural condition warrants fertilizer and pesticide use a necessity to feed the population, farmers must use alarming rates of pesticides and fertilizers to keep up with the high demand for these food products being exported to other countries.

While these are common practices at any farm, the small land-owners that make up most of the production of these exports experience this huge level of difficulty due to the natural tendency of China’s land to be barren. The land in China is not very suitable for many types of produce and food production, which is compensated for with a greater amount of chemicals that, in turn, seeps into the foods that are grown and exported.

The third problem to address is corruption in China’s officials that are involved in the State Food and Drug Administration. . One example of this was from only thirteen years ago when the head of the State Food and Drug Administration, Zheng Xiaoyu, was put to death through the use of lethal injection because he was paid to falsify product safety licenses from large corporations in China that failed to meet food safety standards.  Another instance of corruption is the Chinese “hot pot” restaurants that take Chinese certification and training courses that show cooks how to save costs by adding antimalarial drugs to rotten meat in the food they serve to customers.

The present state of China’s food safety is a reliable and successful microbiological surveillance program that is run by the government and is enforced on a legal level. This is so impressive and important for the history of China’s food safety policies because this has not been an area of strength for China in the past. Before China’s stricter food safety regulations in recent decades were put in place, food safety has caused tragedy and has made even China’s own citizens distrustful of domestic food products due to improper food safety resulting in situations such as deadly infant formula contamination and listeria outbreaks in pregnant women. Therefore, to be able to correct the mistakes of the past and make a positive reputation for food safety in China is respectable and is absolutely necessary to ensure the safety of Chinese citizens and those around the world consuming food made with imported Chinese products. One can never underestimate the importance of food safety for ensuring the health of the country and proper steps must be taken to correct the issues that still remain in China’s food safety today.