My decision to select this topic, which took place at the end of the 20th century was due to its historic nature in its profit driven underpinnings over environmental sustainability and personal well being. This is a theme that has accompanied man wherever money exists and brings purchasing power to the producer and consumer. We are driven by profits and it hurts those who matter most, the earth and its inhabitants, the Asbestos mining scandal was an exhibit of this sin, which my findings will reflect. These mining scandals although significant is more than the disregard for employee well being but the system to which they operate in. China at this point in time was exponentially growing and still is, however, the research presented in this paper will serve to shed light on its political underpinnings, which create a barrier for change in addition to the severe health implications.

Asbestos refers to six naturally occurring fibrous minerals that have the ability to resist heat, fire and electricity. These properties of asbestos supported its use for many years in a number of different commercial and industrial settings, as well as in a wide range of consumer products.

It can take 10 – 50 years from the time of exposure for conditions to develop, making them difficult to diagnose in early stages and often resulting in a poor prognosis. The Asbestos mining consequently made these health impacts evident through its workers as many exposed to the lethal substance A glimpse into  left permanently harmed.

Asbestos is made up of microscopic fibers that can easily become airborne and inhaled. Due to the nature of the chemical, the asbestos particles cling to lung tissues and many other parts of the respiratory system key to breathing. The fibers are extremely durable and make it hard for the immune system to break them down and remove them, resulting in the scarring and inflammation over time that can eventually develop into tumors.

Asbestos and its implications.

3. A HISTORY FOR IT’S PROFITS AND LACK OF SUPERVISION

The initial Asbestos mines in China contrary to belief were opened by occupying Japanese forces in the 1940’s. However, today an estimated 1,000 enterprises employing more than a million people are involved in the production and processing of asbestos in China. As stated  by Aaron Haegula from the Harvard Law and Policy Review “The guidelines that China’s government has put forward to protect workers do in fact offer workers protection. But the challenge is Chinese officials don’t have any way to effectively implement them. Factories flagrantly fail to respect Chinese law.” Clearly this is a problem of low enforcement rather than low standards.

There exists many laws to protect workers however being the economic powerhouse that China is a culture of corruption has also emerged as a result to keep the production of Asbestos viable. For instance, many officials benefit directly from local businesses success through personal investments, tax collection or bribes.

China mines over 50% of the asbestos it produces in a poor remote province named Gansu. The company responsible for most of the production there, Yuanda, has been praised by China’s top leaders, especially for their international contracts and ties with the overseas market.

Another problem with a lack of supervision is as follows. A lack of labor unions exist in a substantial portion of enterprises in China. John Holusha from the The New York Times reports union membership dropped during the 1990s from 130 million to about ninety million by 1994. While unions exist in virtually all state-owned enterprises, the number of such companies has been shrinking throughout the reform era. Privately owned and foreign invested enterprises, which compose a growing proportion of the Chinese economy, are far less likely to have unions. Therefore, “ Few would contest the terrible conditions faced by many Chinese workers – especially the 150 million members of the “floating population,” who migrate to urbanareas from their poor homes in the countryside. These men, women and children often work without written contracts in dangerous conditions, such as Asbestos mining”. (Halegua pp. 1).

The following data will be provided based on control groups selected from employees in Gansu, one of the three main producers of Asbestos in China. “ Methods 577 asbestos workers and 435 control workers in original cohorts were followed from 1972 to 2008. 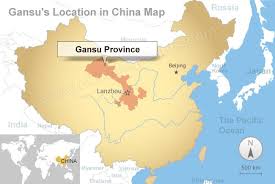 Morality rates were determined based on person-years of observation. Cox proportional hazard models were constructed to estimate HRs of cause-specific mortality, while taking into account age, smoking and asbestos exposure level” As illustrated in the figure below, a control group from the Gansu mines, (throax bmj) we can see there is a significantly higher death rate with workers that experienced cancer and the difference from those who were exposed to the Asbestos chemical and those who were not.

However, although this is evidently clear, a simple linear regression must be taken to a multiple linear regression to show statistical significance in the data and account for omitted variables. The following figure, (2) is a multivariate analysis. As Thorax BMJ states, “ Relative to the controls, there was a twofold death risk for all causes and all cancers, and a threefold risk for lung cancer and non-malignant respiratory diseases in asbestos workers. Asbestos workers were further classified into three exposure levels, in which 171 workers (30%) were in the high, 290 workers (50%) in the medium and 116 workers (20%) in the low exposure level”.

Statistics like these are no surprise with up to 70 to 80% of Chinese products being made from Asbestos cement and a largely poor nation taking part in the production of unpreventable disease.

As mentioned earlier, it is a problem of enforcement not of standards. Two thirds of the reserves are location in north western China, areas that have became of value to the developing world because of their resource rich lands. It is hard to imagine that active governments could extinguish a starving demand for a resource that could create wealth for a nation. To take a trip back in history, China in the late 1900’s with the implementation of new economic reforms did it two decades what took other countries over 50 to do. Their GDP sky-rocketed year after year and trade rapidly grew, It was only a matter of time before having a piece of the pie would cause an upset stomach especially when supervision is low.

Extortion of workers is an underlying theme in this research paper because the pursuit of profits in a time of development can result in the exploitation of workers who are not able to stand up to hazardous working conditions. Due to their inability to do so, they must accept an opportunity to support their family (such as an asbestos mining job) and accept severe working conditions and a lack of job security. Many Chinese government authorities at the time as mentioned earlier, supported the production of Asbestos.

Due to a nationalistic state people accepted this opinion as reasonable only to realize years later, perhaps decades due to international attention that many workers exposed to such conditions life has been cut short. Perhaps, what speaks louder than this is the fact that during the late 90’s where this issue became an international spectacle, was that China turned an eye to the issue with its number of workers producing Asbestos rising by the day. Although population growth is a variable that must be taken into account here, Asbestos has been restricted significantly in most areas around the globe, China has not entertained this idea.

A little insight from Warren Buffet…WHY IS CHINA SPECIAL?

Before successful lawsuits in the 1990’s revealed the correlation among cancer and asbestos to the general public, Chinese manufacturers used the toxic mineral in a variety of consumer products. Up until this day dangerous traces of Asbestos are occasionally found in exported products in China. As a global context, the leading firm in research for Asbestos in consumer products stated the following. As ICJJ States, “Americas post-WW2 prosperity introduced an ever growing list of gadgets to the modern suburban home. From electric ovens to automatic bottle warmers, nearly all of these new conveniences came lined with asbestos as an insulating and fireproofing material”.

Although mining Asbestos and being exposed to the dust is far worse, the long lasting affects of such resources have a long lasting effect. This is emphasized by the fact that “China has one of the highest per capita death rate of workers than any other country according to the International Labor Organization”. This does not seem as a ‘reaching statement’ as many environmentalists have predicted in the past that China will eventually face a type of public health crisis caused by the use of Asbestos. This position is supported by Li Qiang, executive director of China Labor Watch, which specifically monitors workplace violations. The term that caught my eye was when Li Qiang referred to it as a “occupational disease”, and she is exactly right because the cause is purely them being there doing the type of work they are doing. Despite environmental groups such as the China Non-Metallic Minerals Industry Association, who are the main lobby group for making a change to these working conditions, minimal change has actually happened. The predominant reason for this is because “More than 400 factories turn out 300 million square meters of asbestos sheeting for roofs and walls alone each year”.  While China has made a effort to limit Asbestos exposure, year after year unsanitary conditions persist in many factories around China. For example “in 2008 officials in the city of Yuyao, in Zhejiang province, concluded poor standards for most evaluations completed in most of the 100 or so small asbestos workshops they inspected.  Again, low supervision of labor conditions.

To conclude, it is clear we can see a a direct correlation between Asbestos Mining and Lung cancer in workers exposed to the hazardous chemical. It is also evident that China being the economic powerhouse it is, rejects many employee safety standards held by the rest of the world due to a lack of supervision as a result of its size and determination to grow economically at all costs.

Heading into the future is hard to predict, will China slow international and domestic trade to increase employee safety? Only time will tell.