For centuries, China fell subject to massive environmental degradation due to a spike in population and economical motivation. Following the victory of the Chinese Communists in 1949, The People’s Republic of China was created, and is one of the most environmentally destructive periods in China’s history. More than 90% of originals forests disappeared, along with a huge loss in biodiversity. This human centered focus and environmental degradation had massive consequences to economics, health, and several other societal aspects in China. During this time period, there were attempts at reforesting nature and creating animal reservers, although very poorly executed. 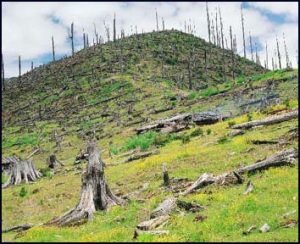 “The state announces that forests are an inefficient land use. Trees were either to be exploited or moved out of the way for the production of both grain and economic crops, (Marks, 2012)”

China was determined to figure out how much forest they had left, and what they could do to preserve it, but often issues of interpretation as to what “forests” entailed made this difficult. Nonetheless, one of the biggest projects set in place to reforest China was the Three Norths Shelter Project also named informally “The Great Green Wall.”

From Kashgar to the Great Xiang Mountains, more than 4 million kilometers, were taken into account as the project called for restoring forests in the mountains, stabilizing uprooted loose sand and soil, and halting the desertification.

Issues with the GGW:

In 1962, The Chinese Council, the most powerful Chinese governmental body, acknowledged the importance of the giant panda, and “declared the giant panda a precious and rare species, placing it under first-level national protection,” (Marks, 2012). Three years later, in 1965, the Wangling Nature Reserve in Pingwu, made up of extensive bamboo groves – a panda’s main source of food – was created specifically to preserve these giant creatures. 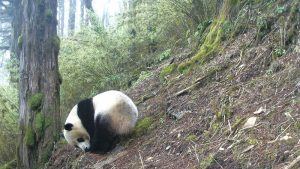 It was therefore not the natural features that were valued in the landscape, but the evidence of human endeavor.

In 2010, China had in place over 2,500 nature reserves, 200 national scenic areas and 660 national forests parks. Several of the wildlife and nature reserves that were established during the People’s Republic of China did not function as such because they did not have the state supporting them in funding; many of the reserves.

The preservation and conservation of wildlife started as a strong, smart idea but had no foundation, support, or execution, allowing for the continued exploitation of nature. Economic value and expansion, for centuries, has been placed in priority over nature in China and the consequences have repeated themselves throughout history. Unfortunately, due to such severe environmental degradation, the environment in China will be permanently changed and to an extent irrevocable.