For centuries, China fell subject to massive environmental degradation due to a spike in population and economic motivation. Following the victory of the Chinese Communists in 1949, The People’s Republic of China was created, and still is one of the most environmentally destructive periods in China’s history. Forests had vast change in their uses, ownership, and management, none of which benefitted or intrinsically valued nature. The People’s Republic of China was focused on socialist industrialization and controlling and subordinating nature. More than 90% of original forests disappeared, along with a huge loss in biodiversity. This human centered focus and environmental degradation had massive consequences to economics, health, and several other societal aspects in China. 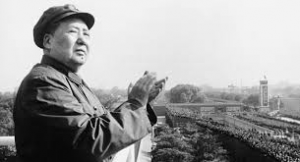 Mao Zedong: Leader of the PRC

Economic and political factors from The Great Leap Forward, the Third Front and the Cultural Revolution, Deng’s Reform Era and market driven deforestation caused the “Great Cuttings” during the new and evolving People’s Republic Of China. It will uncover important insights about the historical significance that forests can play in a country’s economic development, especially when the future of a country relies on a rapid industrialization effort.

Additionally, in many ways the history of the environment of China is a reflection of humanity, and the massive impact that humans can place on their environments through their actions. Examples of this impact can be examined through the effects of expansive population growth which encouraged and facilitated the spread of agriculture, the clearing of forests to create suitable land for farming, and the boom and creation of urban cities and market places. Today China grapples with the continued loss of forests and threatening of native species. This history would be incomplete without also acknowledging that much of the environmental challenges China faces today are a direct result of said human interference and manipulation of the environment – especially with a large and continuously growing population. 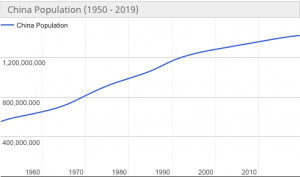 China has systematically abused native species in the use of animals as a form of both food and medicine. This has led to an extreme situation in which many of China’s beloved species, including those with which they have named calendar years after, are critically endangered. Unfortunately, along with animals, the forests have also been taken advantage of.  During the People’s Republic of China there were some attempts at preserving and reforesting nature, although very poorly executed. Two examples of these attempts include The Great Green Wall and The Giant Panda Reserves. There was little to no financial support for wildlife and nature reserves, and frequently managers allowed for the exploitation the lands for development of industries, increase reserves’ abilities, and for self-accumulation and self-development. China has consistently placed economic gain over environmental health, and their use and abuse of animals and forests is further evidence that. 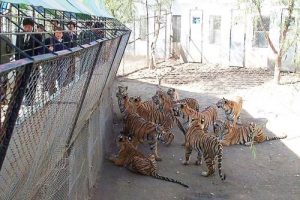 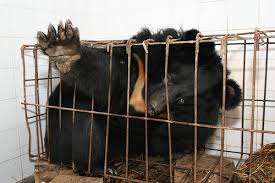 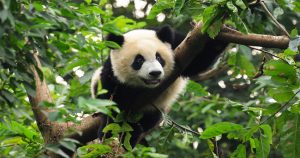